Cinnabar moth (Tyria jacobaeae) caterpillar on Tansy ragwort (Senecio jacobaea) at Cascade Head Preserve on the Oregon Coast. The cinnabar moth was first introduced into Oregon in 1960 to contraol non-native, invasive, tansy ragwort. Subsequent research has shown that the cinnabar moth can reduce ragwort populations by 50-75% on sites favorable for their survivorship (Isaacson and Ehrensing 1977). Adult cinnabar moths begin to emerge in late spring/early summer. Mating commences quickly, and females lay their eggs on the underside of ragwort leaves. Larva hatch in about two weeks and begin feeding on ragwort foliage. By the third instar, larvae have migrated to the top of the plant to feed on the buds and flowers. With a good population of larvae, plants are stripped of flowers, buds and leaves. 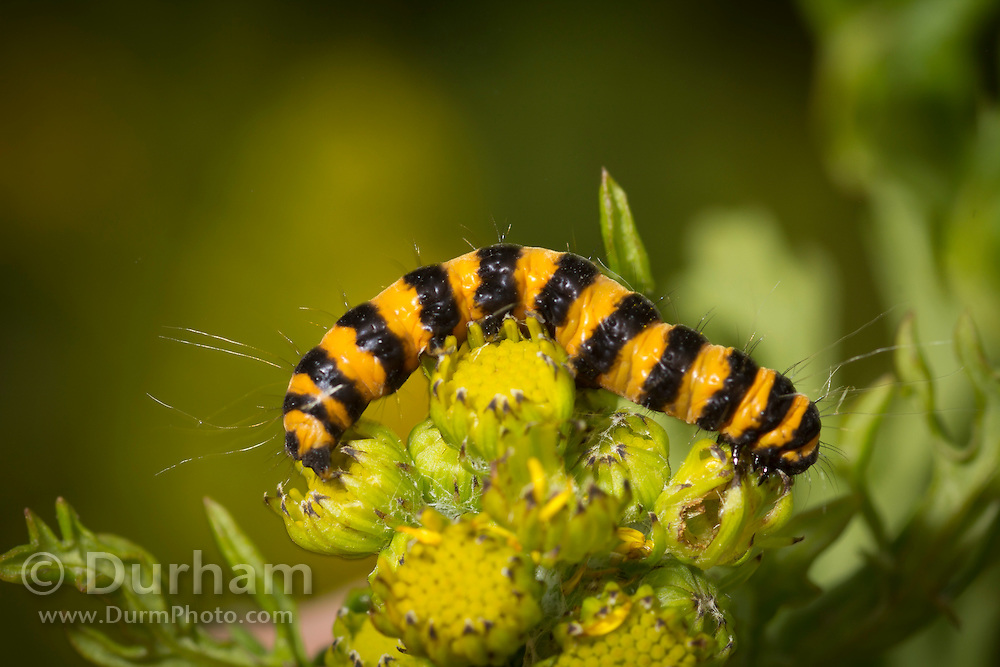