An iridescent cuckoo wasp (Chrysididae sp.) in flight. Photographed in The Nature Conservancy's Zumwalt Prairie Preserve in NE Oregon. The name 'cuckoo wasp' is attributed to the fact that this insect, like the cuckoo bird, lays her eggs in the nest of an unsuspecting host. This insect was photographed after being spotted following small leafcutter bees to their nest with the plan of laying an egg in a larvae chamber of the host bee, concealing her activity by re-sealing the hole she made, and then leaving and allowing her offspring to kill and consume the host larvae, in some cases with occasional feedings by the host. Please note: The background of this image was digitally expanded to allow for better composition. 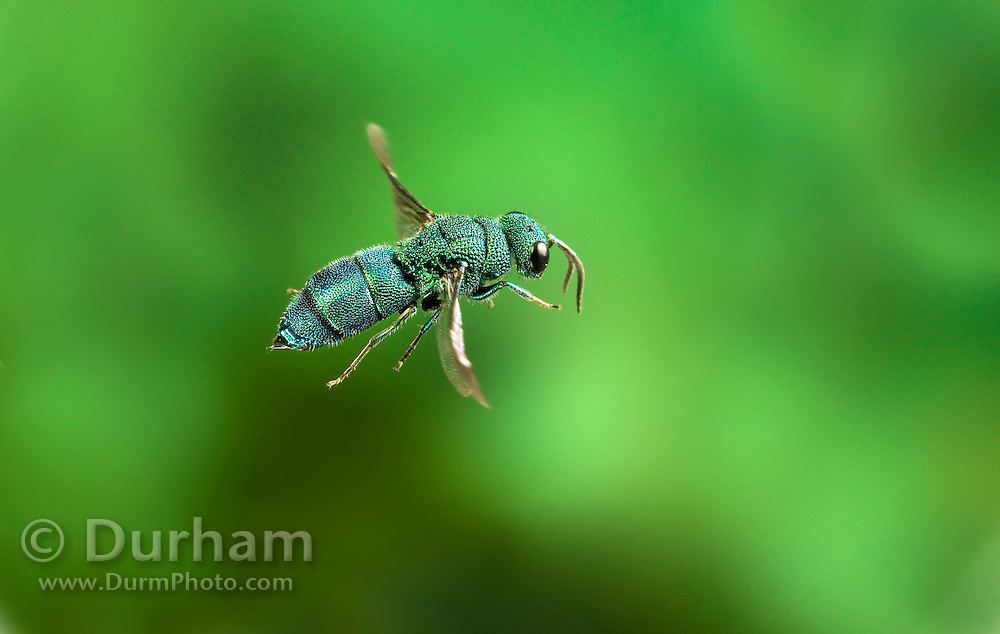