The Oregon spotted frog (Rana pretiosa) has been lost from at least 78 percent of its former range. Precise historic data is lacking, but this species has been documented in British Columbia, Washington, Oregon, and California. It is believed to have been extirpated from California. It is currently known to occur from extreme southwestern British Columbia, south through the eastern side of the Puget/Willamette Valley Trough and the Columbia River Gorge in south-central Washington, to the Cascades Range, to at least the Klamath Valley in Oregon. In 1993, the U.S. Fish and Wildlife Service determined that the Oregon spotted frog warranted listing under the Endangered Species Act, but doing so was precluded by higher priority listing actions. The frog then became a candidate for listing in the future. Photographed in the Conboy Lake National Wildlife Refuge, Washington. Temporarily captive under permit. © Michael Durham / www.DurmPhoto.com 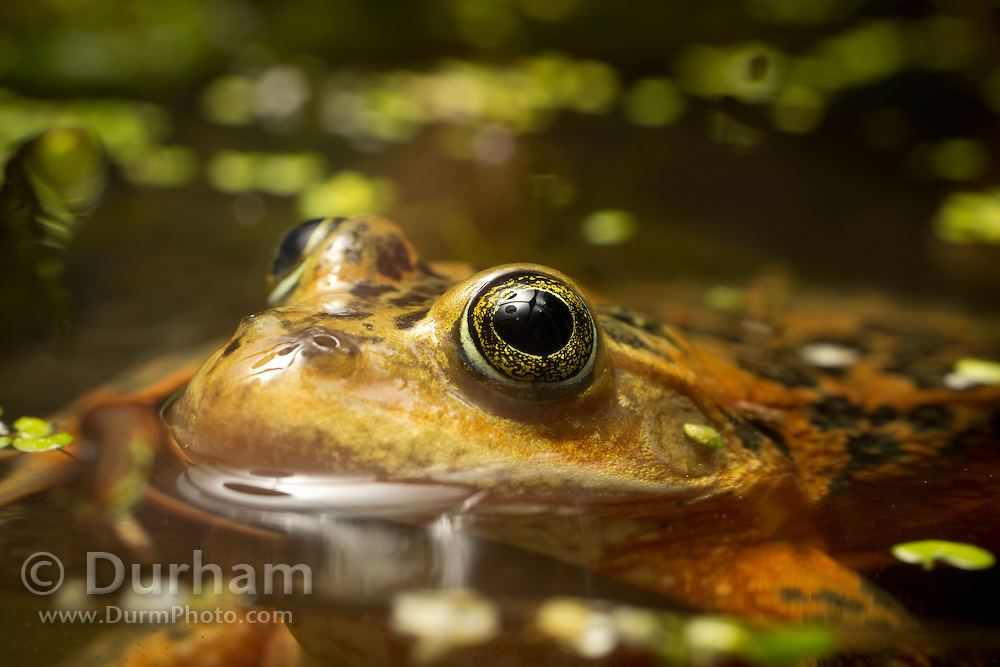