The shape of a shaman or mystreious mythical figure stand in relief - etched into a rock on the &quot;Temani Pesh-wa&quot; trail (also &quot;written on rock&quot; trail) in Columbia Hills State Park on the Washington Side of the Columbia River Gorge. This petroglyph was removed from the famous &quot;Petroglyoh Canyon&quot; along the Columbia River before it was flooded by construction of The Dalles Dam in 1957. The Army Corps Of Engineers stored the rock art until 2004 when Temani Pesh-wa trail was built. 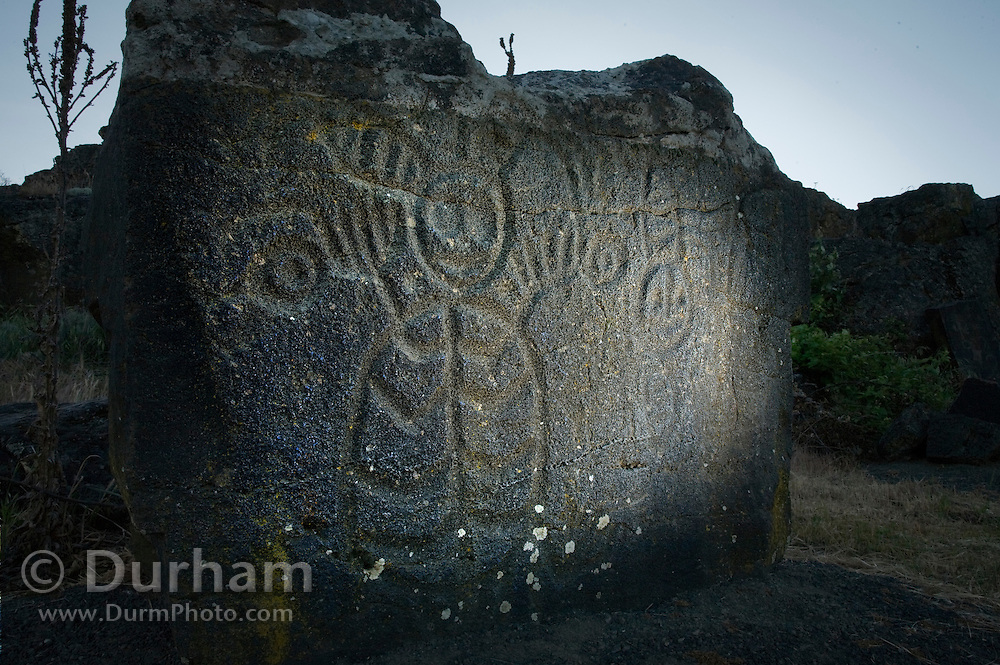