The Kentucky cave shrimp (Palaemonias ganteri) is an eyeless, troglobite shrimp. The habitat of the Kentucky cave shrimp is exclusively in underground streams of caves. It is endemic to the Mammoth Cave National Park region of central Kentucky. The shrimp feeds mainly on sediments that are washed into the cave by the movement of groundwater. The Kentucky Cave Shrimp was included on the IUCN Red List as Endangered in 1994. Photographed (via permit) near the river Styx in Mammoth Cave National Park, Kentucky. 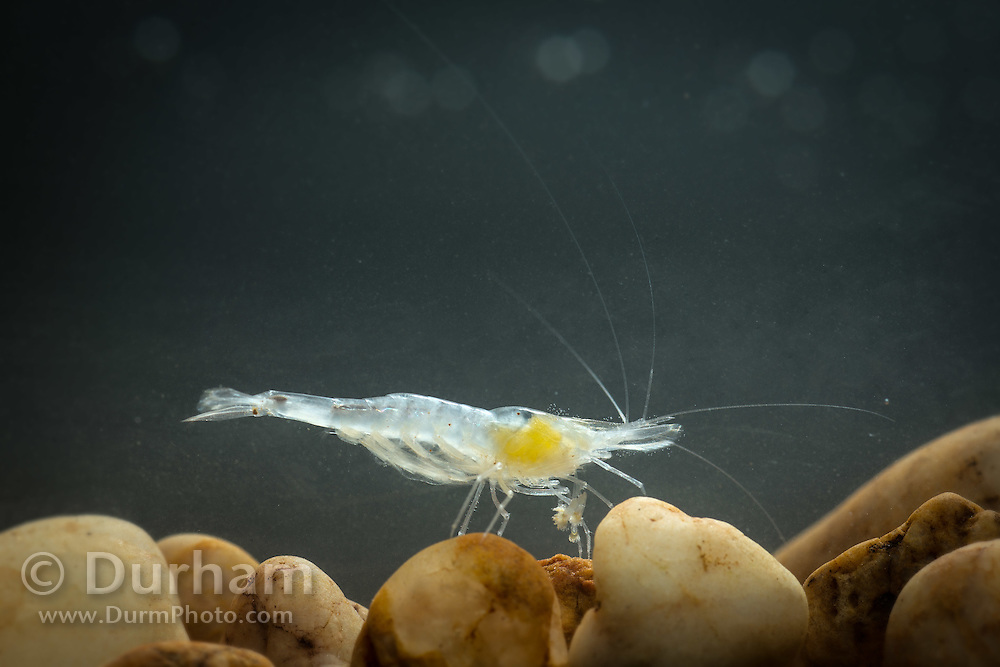