An juvenile Pacific Lamprey (Lampetra tridentata) with an experimental rfid tag (under the skin). These fish have an ancient lineage, appearing in the fossil record nearly 450 million years ago – well before the age of the dinosaurs. Pacific lamprey are an important ceremonial food for Native American tribes in the Columbia River basin. Little is known about the life history or habits of this fish except that their numbers in the Columbia River have greatly declined over several decades. Photographed at the USGS Columbia River Research Lab in Willard, Washington. 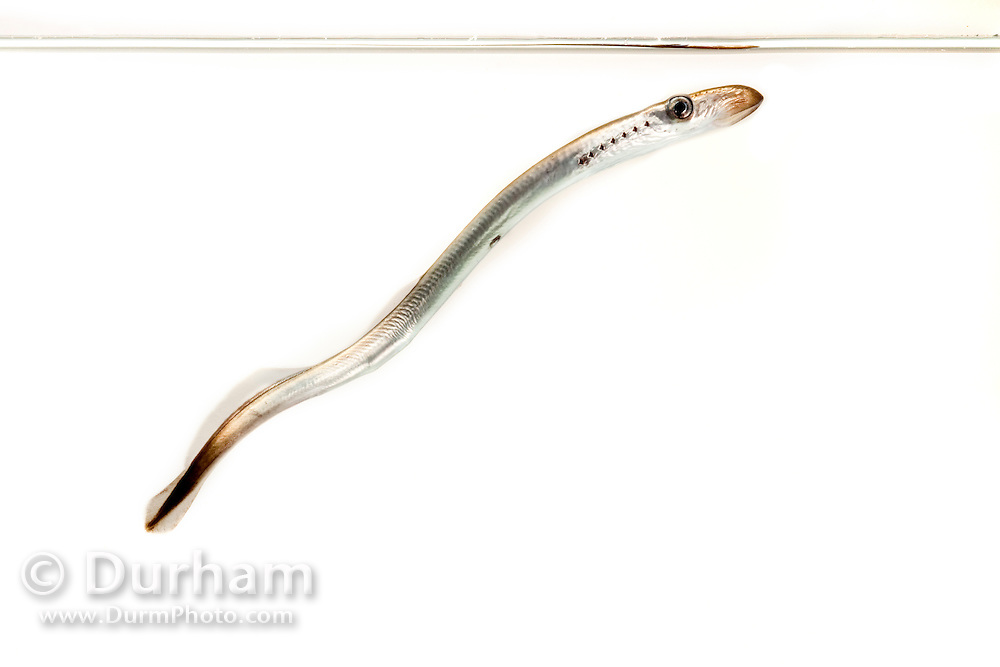